It’s easy to lose yourself In Istanbul’s grandiose history, but modern Istanbul is a simmering metropolis, well worth a visit in its own right. The shopping is world class and the nightlife pulsates around not one, but several districts. Even though Istanbul is no longer the capital, it’s still the country’s business and cultural center, still the city where new trends are created.

There are so many great sights to see when traveling to Istanbul, it can be hard to know where to start. Here are the top sights in Istanbul! 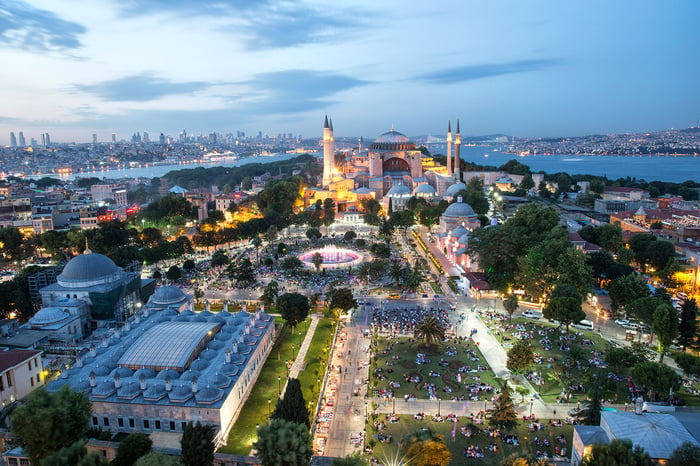 Aya Sofya is a remarkable mixture of Christianity and Islam, a church with minarets and a mosque with pictures of the Virgin Mary (now covered up, unfortunately). The building is one of the wonders of world architecture. Its 32-metre main dome has stood firm since Aya Sofya's completion in 537 CE. Yes, that's almost one and a half thousand years ago. Originally constructed as a Christian church, the temple has since been a mosque, then a museum, and now once again acts as a mosque. 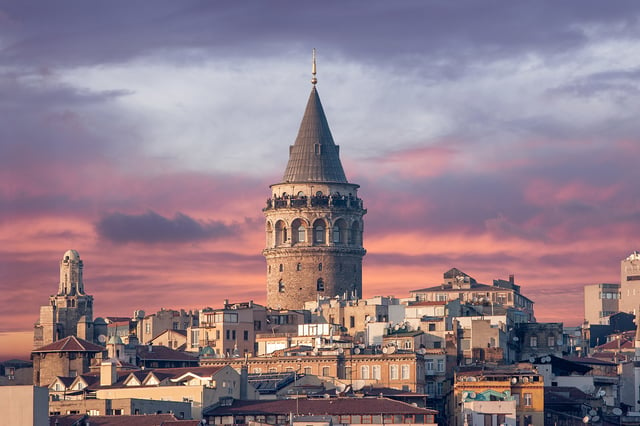 The Galata Tower is a medieval stone tower in the Galata/Karaköy quarter of Istanbul, just to the north of the Golden Horn's junction with the Bosphorus. The top floor of the tower is located at a height of 52 meters and houses an observation deck. It is unlikely that you will find a better lookout spot in all of the city — simply stunning. The tower is one of the most iconic building in Istanbul and is a very popular destination. It's a good idea to come early in the morning to avoid the crowds.


Check out our Istanbul Vacation Packages!

The Grand Bazaar attracts many people — far too many if you come at rush hour. It’s a good idea to arrive early in the morning and enjoy a cup of tea in one of the cafes whilst the bazaar comes to life. There are thousands of stalls, selling virtually everything, carpets, gold, cloth, spices. The bazaar is a world of its own and it’s easy and fun to get lost in the teeming alleyways.

Sultanahmet or The Blue Mosque 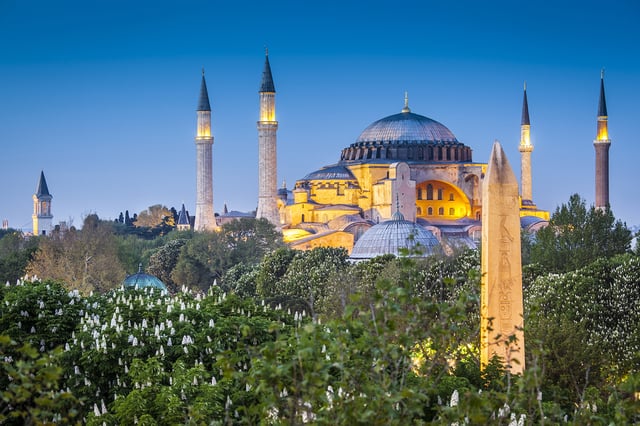 Built at the beginning of the 16th century during the rule of Sultan Ahmet I, this grandiose mosque seamlessly combines Ottoman and Byzantine architectural styles. The building is known for its six minarets and was given its nickname for the 20,000 blue tiles adorning the interior. These tiles were made in Iznik — an area that was famous during the Ottoman Empire for its expert production of ceramic tiles.

The palace of the sultans with its many courtyards and gates brings on a nostalgia for forgone times. There are several special museums in the area; highlights include the Treasure Chamber, where the famous dagger and Spoonmaker's diamond are true stars of the collection, and the harem, where the sultan’s wives and children lived (the two are not included in the ticket price to the palace).

Choose Keytours Vacations, your experts in personalized travel experiences, and make your next vacation one to remember! Customize your vacation or choose one of our packages!