In the mood for some Halloween frights? Rub shoulders with ghosts during haunted castle tours, celebrate an ancient and mystical Celtic festival, and explore a mysterious forest known for ominous unexplained occurrences in some of our favorite spooky Halloween destinations. 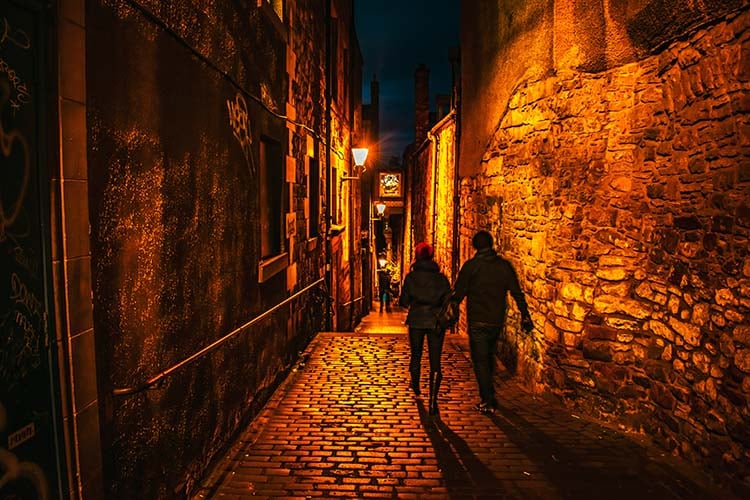 Few places can compete with Scotland for the sheer number of imposing, ghostly castles that look absolutely guaranteed to be chock-full of otherworldly spirits. Crathes Castle, St. Andrews Cathedral, and Culloden Moor are among the many places that boast stories of ghostly inhabitants, and are all featured on Scotland’s official Ghost Trail. Between its bleak and beautiful moors, mysterious prehistoric monoliths, legendary Loch Ness, and the spooky medieval streets of Edinburgh, Scotland is the perfect place for those seeking a vacation with a spine-chilling twist.

Ireland has a long tradition of bonfires, ghost stories, and belief in the supernatural. Halloween itself is thought to have originated in Ireland as the festival of Samhain (pronounced sow-in) which the ancient Celts observed as a way to mark the beginning of winter and celebrate before the long, dark months to come. Like Scotland, Ireland is filled with mysterious ancient sites and spooky places, from haunted castles like Leap Castle to the Dingle peninsula which is reportedly still inhabited by the spirits of Spanish soldiers killed after the Siege of Smerwick in 1580.

Romania’s Transylvania region is known to many as home to one of the most famous horror figures of all, Count Dracula. Bran Castle outside the town of Bran is known today as Dracula's Castle as it is the only castle in Transylvania that matches the description of that in the novel, a castle located high above a valley, perched on a rock with a flowing river below. It isn't the only eerie destination in Romania, though: the mysterious Hoia-Baciu forest outside the city of Cluj-Napoca is known as one of the world’s most haunted woodlands. Named for a shepherd who is said to have disappeared in the forest with his 200 sheep, Hoia-Baciu is rumored to be the site of extensive paranormal activity, and visitors often report nausea, anxiety, and an unsettling feeling of being watched as well as the unexplained failure of their electronic devices.

An hour outside of Prague in Kutna Hora, the Sedlec Ossuary features the bizarre and macabre sight of 40,000 skeletons of 15th century plague victims integrated into the structure and decor of the church. The Capuchin Church in Brno looks ordinary from the outside but harbors a ghastly surprise inside: deep within the passageways of the crypt lie the bodies of two dozen monks, laid to rest there 300 years ago by their brothers and unintentionally mummified over time as a result of the chemical composition of the ground and the dry air currents. 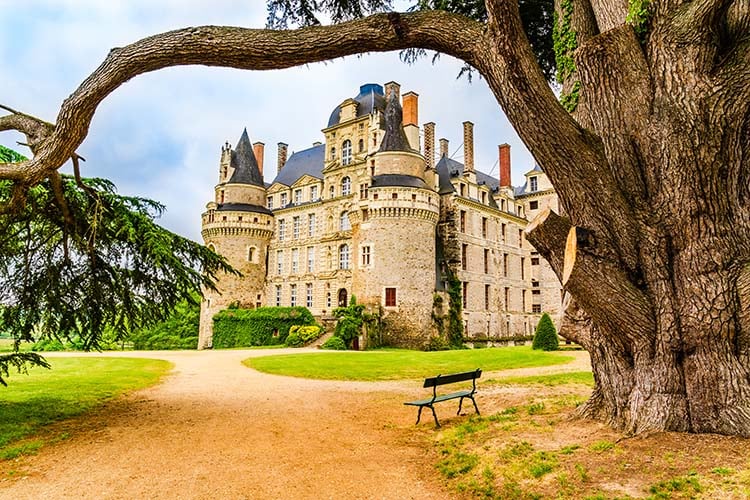 With its ancient history that includes a long list of wars and revolutions, it’s no surprise that France would have its share of haunted spots. Some of the spookiest stories come from France’s beautiful and historic chateaux. Château de Brissac in the Loire Valley is purported to be haunted by the "Green Lady," the restless soul of Charlotte de Brézé, illegitimate daughter of King Charles VII who was murdered in the castle in 1477. And the famous Palace of Versailles is said to be haunted by none other than the spirits of King Louis XVI and Queen Marie Antoinette, who reportedly wander the rooms and gardens of the castle at night.