South America is a veritable treasure chest waiting to be explored, full of some of the most fantastic scenery on the planet that is still relatively unknown to most. Boasting many "World's Most" titles, its brilliant landscapes are as diverse as they are mesmerizing, and the only thing warmer than the friendly culture are the lush rainforests. 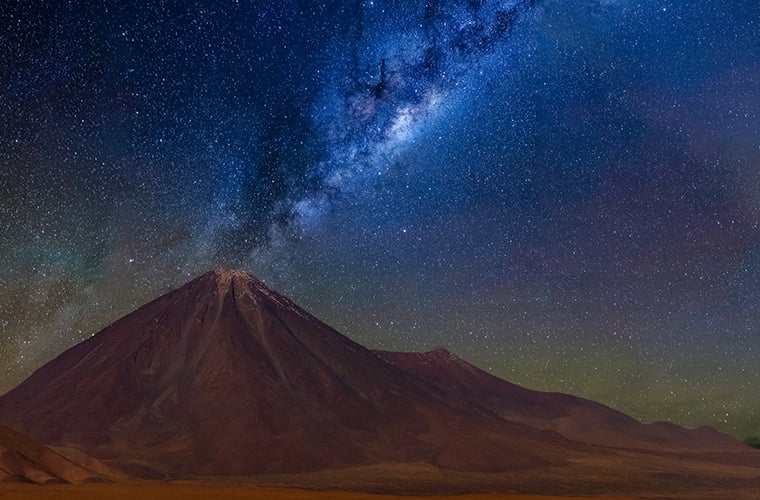 The driest spot on earth outside of Antarctica, the 600-mile Atacama Desert receives less than an inch of rainfall each year, on average. In some spots, there has never been any rainfall recorded at all. The result is a surreal landscape of wind-sculpted dunes, dramatic canyons, and towering volcanoes. Though some areas are so arid that they are completely devoid of any plant or animal life, others are home to a diverse array of species that have adapted to the harsh environment including humans; the village of Tulor is the oldest archaeological site in Chile, dating back to the eighth century BC. However, the desert’s most awe-inspiring sight occurs at night, as the cloudless skies, high elevation, and isolated location provide conditions for possibly the best stargazing on the planet.

We recommend: 9 Day Jewels of Chile with Easter Island 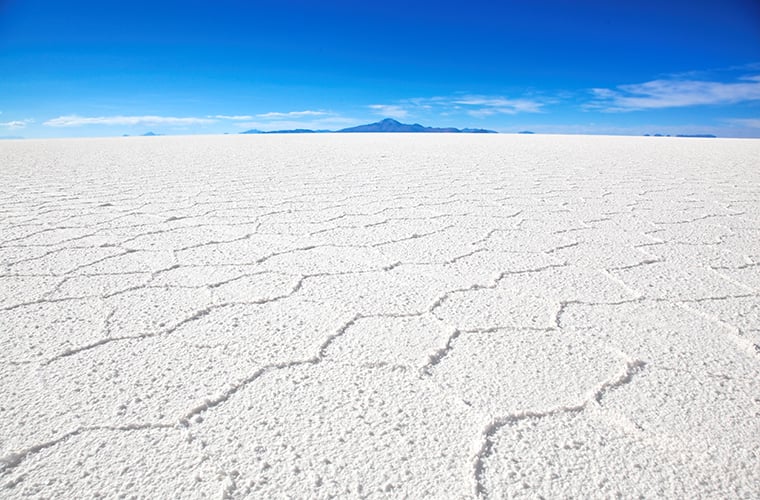 The largest salt flat in the world stretches over 12000 km (4633 sq mi) and looms 3653 km (11985 ft) above the sea. Formed from prehistoric lakes, it's covered by a few meters of salt crust that conceal a lithium-rich briny pool, said to contain 50-70% of the world's lithium. When it rains, a thin layer of rainwater on the surface transforms it into the world's largest mirror! You can even find an island smack dab in the middle, perched atop the remains of a prehistoric volcano. The Uyuni Salt Flats are well-deserved of their place at the top of South America's bucket list: with pristine, flamingo-filled mineral lakes, unbeatable views of the brilliant night sky, and the fascinating formations of a never-ending, blindingly white sea, the savage beauty of this Bolivian landscape is an unforgettable adventure.

Straddling the border of Argentina and Brazil, Iguassu Falls is the largest waterfall in the world. Legend has it that they were formed when a god, thrown into a rage when his mortal lover ran off in a canoe with another, cut the Iguassu River in half and condemned the lovers to fall for eternity. The falls are made up of hundreds of smaller waterfalls nearly 3 km long and located in lush, rainforest-carpeted Iguassu National Park, a UNESCO World Heritage Site. Almost half of the river flows into the main attraction, the iconic and massive Devil's Throat waterfall, which made Eleanor Roosevelt exclaim "Poor Niagara!" upon seeing it. There are suspended footbridges woven throughout the area that offer splendid panoramic views of the falls - which provide about 40% of neighboring Brazil and Argentina's electric power!

We recommend: 9 Day Jewels of Brazil 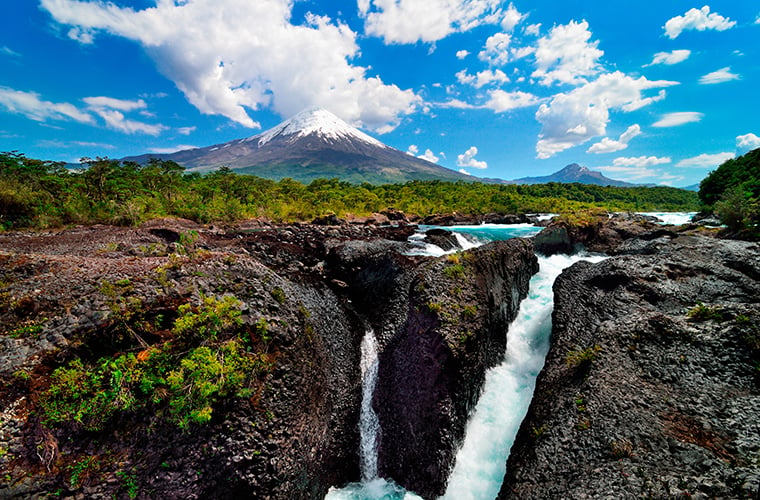 The Mount Fuji-shaped Osorno Volcano in Chile towers over two neighboring lakes and waterfalls. An active conical volcano, it recorded 11 eruptions between 1575 and 1869 - a young and newly graduated Charles Darwin even spotted an eruption from his ship in 1835! Its slopes are almost entirely covered in glaciers and help to keep its iconic shape, since its eruptions have only taken place in the 40 craters around its base. It has even been featured in national commercials, but with perpetually snowy peaks, glimmering azure lakes, and the luxurious abundance of surrounding flora and fauna, this local landmark's claim to fame is surely the effect it will leave on your memory.

The mysterious Perito Moreno Glacier is one of the world's most accessible and inexplicable ice fields. It is one of the few glaciers in the world that has not shrunk due to global warming and climate change, because it loses mass at roughly the same rate that it gains it - and glaciologists are still at a loss to explain why. It is the world's largest reserve of freshwater and steadily advancing - up to 2m per day. This causes huge, building-sized icebergs to fracture and collapse into the Iceberg Channel in a stunning visual and auditory event. If you are lucky, you might even be present to watch what happens when the glacier occasionally dams the nearby lake Lago Argentino: the pressure caused from rising water levels forces the ice barrier to shatter in a spectacular explosion of water, ice, and power.

We recommend: 11 Day Highlights of Patagonia 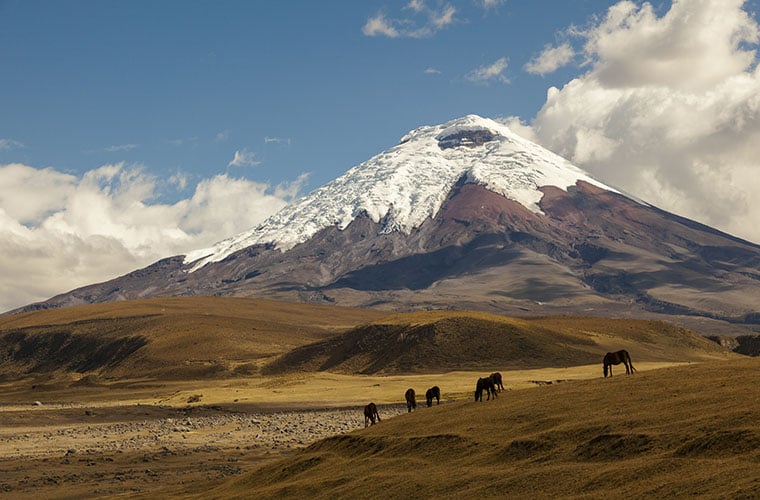 At 5,897 m (19,347 ft), Cotopaxi (which means "neck of the moon") is one of the world's highest active volcanoes, with its last eruption lasting from August 2015 until January 2016. Symmetrical and snowcapped, it is one of the prominent volcanoes along Ecuador's "Avenue of Volcanoes" and a part of the Pacific Ring of Fire. A rare species of high altitude hummingbird was even discovered to be living on its slopes! If you're an adrenaline junkie, grab a guide for a midnight climbing expedition to its cratered summit. Or, for lower altitude thrills, explore the gold and green slopes of Cotopaxi National Park at its base.

We recommend: 8 Day Jewels of Ecuador