Movies That Inspire Us To Travel

With the 92nd Academy Awards coming up this weekend, we've got movies on our mind! Cinema has the uncanny ability to transport you into a story and make you feel as if you are right there with the characters. Even with the invention of green screens and CGI, many filmmakers feel it is more authentic to film on-location, and location scouts spend hours upon hours scouring the planet for the perfect spot. From towering, snow-capped mountains to rolling, sun-toasted sand dunes, take a look at some of the movie settings that make us want to explore the world! 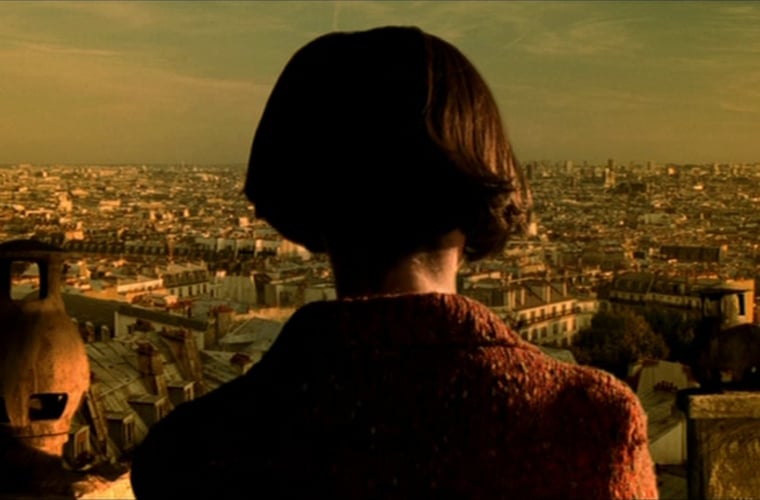 One of the most famous international movies and the highest-grossing French-language film released in the US to date, Amélie is a romantic comedy that tells the story of a shy, young waitress who endeavors to better the lives of those around her. Amélie's journey takes her through the streets of Paris and its neighborhood of Montmartre, and you can easily visit some of the over 80 Parisian locations where the movie was filmed. Narrow, cobblestone streets, quaint cafes, and lush greenery bathed in the film's signature playful amber lighting all make us yearn to explore the charms of Amélie's Paris! 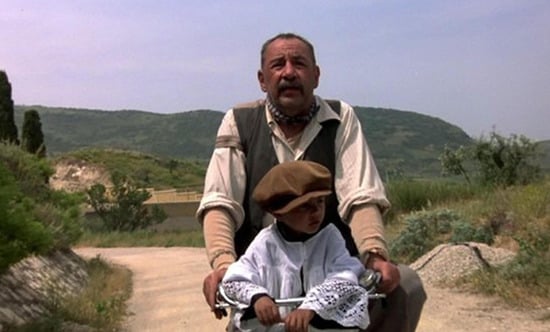 A well-loved Italian drama, Cinema Paradiso won the Academy Award for Best Foreign Language Film at the 62nd Academy Awards in 1990. Inspired by a true story, it depicts the childhood and coming-of-age of a young boy named Totò in post-war Sicily who finds solace in his small town's movie theatre. Totò embarks on a series of adventures, sneaking into the cinema, saving the old projectionist from a fire, and falling in love with a local girl, while journeying through the idyllic scenery of the director's home island of Sicily. 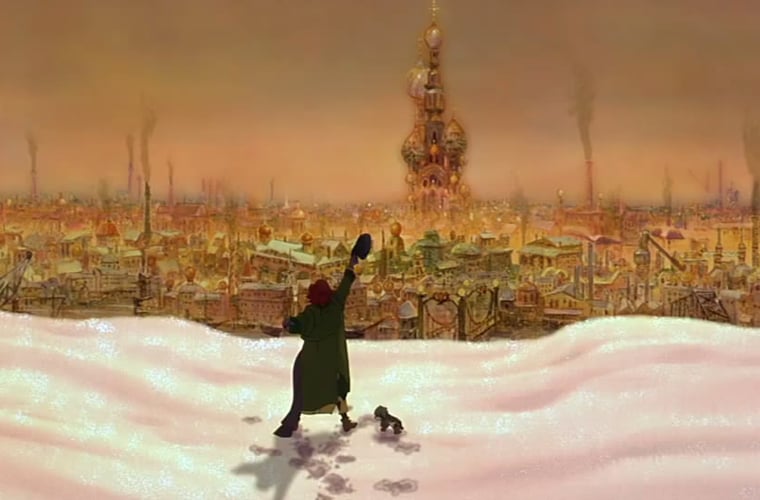 A rollicking adventure through post-imperial Russia, Anastasia is a fanciful take on the legend of Grand Duchess Anastasia Nikolaevna, the youngest daughter of the Russian royal family who supposedly escaped the execution that became a catalyst for the Russian Revolution. Anastasia, or "Anya", has developed amnesia, but resolves to head to Paris, inspired by an inscription on a necklace from her grandmother. Along the way, she meets friend and foe alike as she causes mischief, falls in love, and searches for the link to her past and identity, buried in the majestic snow and glittering lights of Moscow and Paris.

We recommend: 9 Day The Tsar Route 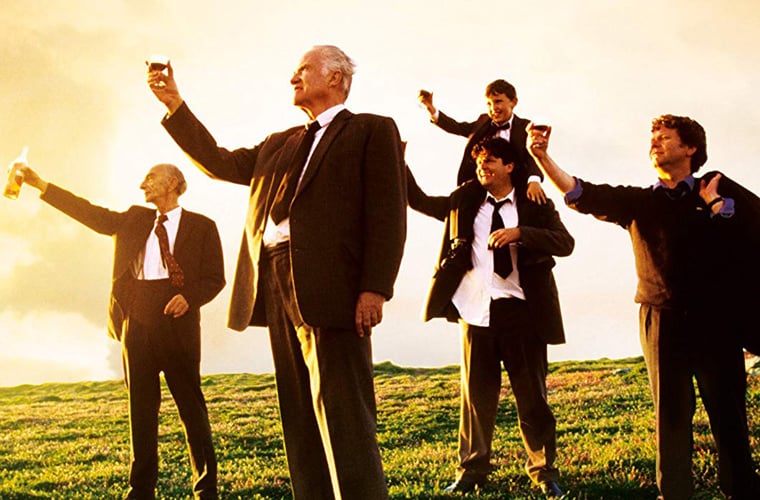 Waking Ned Devine is a delightful Irish comedy about a tiny village where an elderly recluse named Ned Devine wins the lottery, but dies of shock before he can tell anyone. The town unanimously decides to keep up the front for the lottery office and pretend he is alive so that they can split the winnings amongst themselves. Although it was mostly filmed on the nearby Celtic self-governing Isle of Man, the film is drenched in Irish spirit and humor and went on to win accolades from the Screen Actors' Guild and BAFTA. 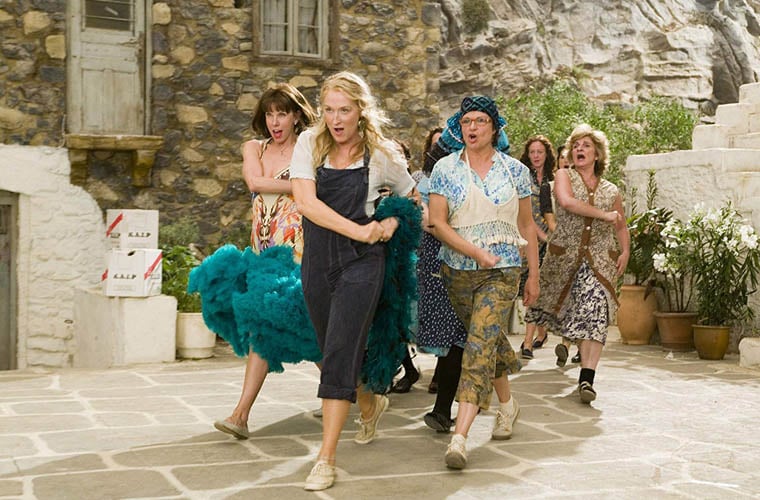 Mamma Mia! is an uproarious jukebox musical romantic comedy told entirely through ABBA songs. It follows a young bride-to-be (Sophie) who invites three men to her wedding, each of whom could be her biological father. It takes place on the fictional Greek island of Kalokairi, which in actuality is the island of Skopelos. Sophie and her friends and family sing, dance, and gossip their way through sunny beaches, picturesque villages, and breathtaking cliffsides in a cinematic journey that will incite your wanderlust.

We recommend: 9 Day Jewels of the Greek Islands 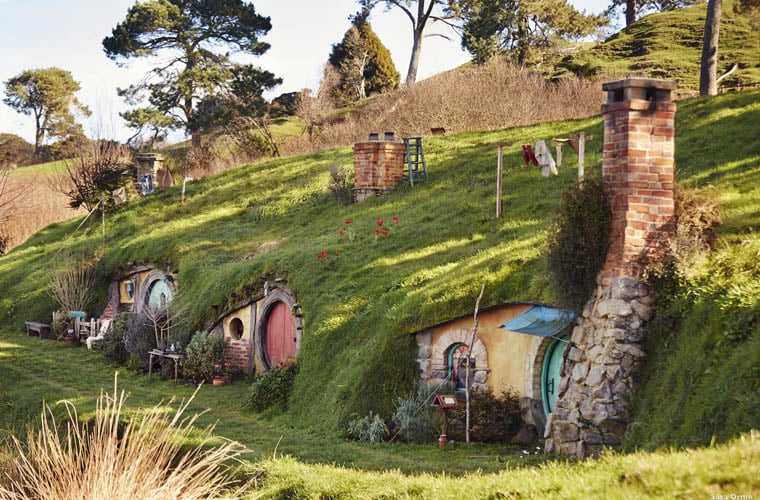 6. Lord of the Rings

The Lord of the Rings trilogy, based on J.R.R. Tolkien's fantasy series, is almost as well known for its stunning landscape shots as it is for its complex original story. The film's fictional setting of Middle Earth was shot entirely in the millenium-old mountains and sprawling hillsides of New Zealand. You can visit many of the trilogy's over 150 real-world filming locations. And while one condition of filming stipulated that all sets must be returned to their natural states, the set of Hobbiton was rebuilt for the Hobbit movies and still stands to this day!

Where do we even begin with Indiana Jones? He's gone on every adventure, to every corner of the planet, and has been named the 2nd greatest film hero of all time, the 1st Greatest Movie Character, AND 2nd in All-Time Coolest Heroes in Pop Culture! It's hard to pick just one adventure, but Jordan's ancient city of Petra definitely ranks at the top. Featured in The Last Crusade, the sandy city's rose-colored treasury was the location of the Holy Grail. Today, the "Red Rose City" is one of the New 7 Wonders of the World, and boasts other Jones-worthy attractions like the Pharaoh's Castle, Triumphal Arch, amphitheater, and monastery.

We recommend: 6 Day Jewels of Jordan 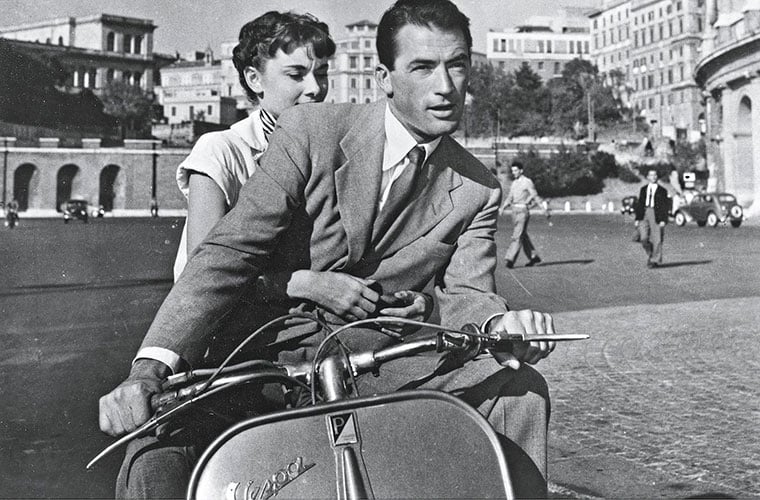 When you think of Italy, you think of romance - so it's only fitting that our wanderlust pick for Europe's boot is Roman Holiday, the classic romantic comedy starring Audrey Hepburn and Gregory Peck as a European princess and expat reporter who have a chance meeting in Rome and fall in love amidst obstacles, chaos, and comedy. Their Vespa-ridden adventures take them through Rome's best sights, including the Trevi Fountain, Spanish Steps, Piazzas Venezia and di Spagna, and the Colosseum. With royalty, risk, and romance in the air, how could you not want to go on your own Roman holiday? 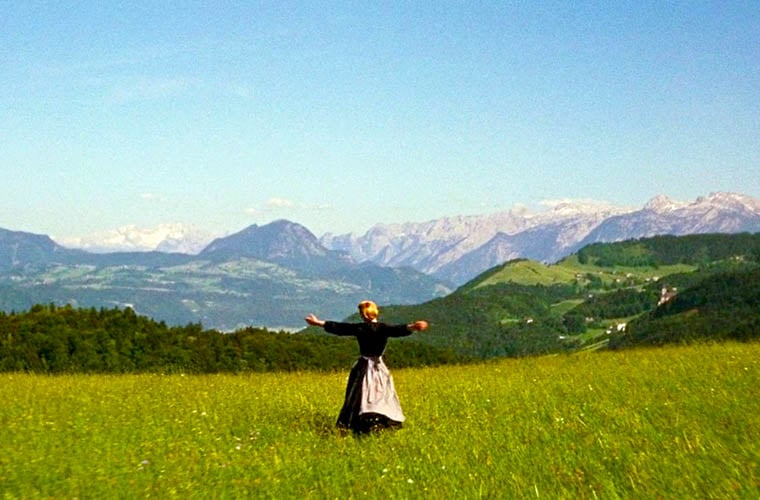 9. The Sound of Music

Based on the novel by Maria von Trapp and the Rodgers and Hammerstein musical of the same name, The Sound of Music is a beloved international film depicting the story of the Trapp Family Singers. Strict widower Captain von Trapp's 7 children are taken under the wing of new governess Maria, who teaches them to sing and takes them around Salzburg and the surrounding mountains, winning the heart of their militaristic father in the process. They are interrupted by the growing Nazi regime, and end up escaping by fleeing to Switzerland; despite this, The Sound of Music is a portraiture of beautiful Austria for many, acknowledging its past while showcasing the snow-capped peaks, sprawling pastures, and rich culture that make up the true heart of Austria.

We Recommend: 8 Day Jewels of Austria by Rail

Although Disney's wildly successful animated flick Frozen is set in the fictional land of Arendelle, the name, look, and feel of the country are a direct homage to Norway (there's a port called Arendal on Norway's southern coast). The Disney team did a lot of initial field work in Norway to create the design aesthetic for the film, and its incredible combination of CGI and hand-drawn animation illustrates authentic Norwegian landmarks, natural scenery, villages, costumes, architecture, decor, and folk art. For an immersive Frozen experience, one doesn't have to go far - fjords, coastlines, mountains, and quintessential Arctic beauty are but a stone's throw from wherever you find yourself in Norway!